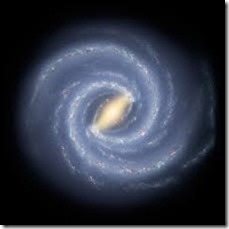 Philosophy pushes at two limits. It refuses to take common sense at face value and advances risky, experimental, or extreme hypotheses to show how appearances can be deceiving. But then it adopts rigorous standards of evidence and logic in its commitment to truth.

Much of the history of philosophy is a series of jaw-dropping, preposterous claims: time is an illusion; reality is wholly mental; other persons don’t exist; no one has knowledge of anything; morality is nothing but the victory of the weak over the strong. But these claims are never taken to be simply true but are worked on, sometimes for centuries, with increasingly intricate and thoughtful arguments in response to trenchant criticism.

Socrates embodied this tension between risk and rigor. Many of his central claims were extreme even in his day and remain so. That he felt obliged to teach them only if he had solid arguments is to his credit. The soul survives death; the just person is invariably happier than the unjust person; the good person cannot be harmed; understanding the truth about what is good or bad is sufficient for a happy and fulfilled life; reason is not only self-motivating but by necessity overrides any other motive. For Socrates, we should value only the truth regardless of consequences and each of these claims he was willing to defend with his life. Yet, I doubt that any of these claims are true, and 2500 years of sophisticated argument has not done much to advance their plausibility.

Both risk and rigor are necessary to philosophy. Without the risky diatribes against conventional “wisdom,” philosophy would have little to say that isn’t said more clearly elsewhere and the status quo would go unchallenged. However, without the rigor of logic and evidence, philosophy would be mere fantasy and nonsense.

How should we understand this rigor? Logic has been the foundation of it. But that foundation requires the large and consequential assumption that clear thinking is a matter of filling in the logical space of a determinant, fixed domain of inquiry. If that assumption is true, then logic, along with carefully delineated reference classes, asymptotically approach the truth about reality. Logic requires precision and completeness and can represent only a reality that is itself precise and complete.

But I doubt that reality is a determinant fixed domain that can be carved at its joints by precisely delineated concepts. Much good philosophy from Quine, the pragmatists, Wittgenstein, to Deleuze has made the case that reality lacks precision. This is especially true of the domain of values. What matters to each of us is inextricably tied to what happens, when, to whom, by whom, and the interplay of attention and inattention that guide our judgments. When we abstract from these contingencies and ambiguities, we inevitably lose our grip on what matters.

Yet, without precisely delineated concepts, which can only come from abstracting from life’s messy details, logic is unreliable (if we ignore the possibility of multi-valued logics). Thus, in the absence of a fixed, determinate domain of inquiry, the constraints on reason are mere conversational constraints and provisional conclusions, a matter of well-ordered arguments that others are willing to accept rather than an asymptotic approach to the truth. But well-ordered arguments are a dime-a-dozen in philosophy. They don’t converge on a set of eternal verities and, notoriously, our conclusions are radically under-determined by data.

Furthermore, if reason isn’t in the driver’s seat, if other motives compete with reason for authority, how do we understand rigor? Human beings seek intelligibility and meaning but the rigor of logic or empirical inquiry doesn’t quite capture either. Logical coherence, even if provisional and fallible, is a necessary but not sufficient condition for intelligibility. If an argument doesn’t make sense of our lives, coherence is beside the point.

If there is no fixed domain of values, if the object domain that philosophy studies continually changes, and is thoroughly dependent on context, then philosophical reasoning is a matter of keeping up with the changes, of trying to extract intelligibility from the shifting parameters of reality. But we don’t have standards for what such an inquiry looks like, and in any case the standards themselves are subject to change.

We hold onto rigor because it’s an antidote to nonsense. Is rigor anchored in something more substantial than fear of speaking nonsense? Perhaps that’s enough to justify it. We certainly need more people afraid of speaking nonsense. Philosophy’s contribution to life is to relentlessly push for ways to reduce errors in thinking. Despite its limitations, logic—inductive, deductive, and abductive—helps to reduce errors in thinking. But there is more to say about how philosophy can better adjudicate the exigencies and contingencies of life. Logic is not sufficient and can be misleading if it mistakes its need for precision for a reality that is anything but precise.

If philosophy is to contribute to a well lived life, it must seek a form of rigor that does not presuppose a static, completed universe.